It seems that Microsoft’s Bing is In flagrante delicto. Google’s official blog and Danny Sullivan at Searchengineland revealed that in fact Bing is copying Google’s results whenever it suits him.

I will not comment on the morality of this decision from Bing but rather on something that Danny Sullivan observed about “search voices” : “For 15 years, I’ve covered search. In all that time, we’ve never had so few search voices as we do now“.

The fact is that only one relevant voice remained: Google. We have no other search engines to choose from. I mean relevant ones. Sure there are quite a few search engines that exist beside Google but none of them are really usable for searching. They all come and go. At one moment Cuil appeared and everyone started praising it as the next Google. But two years later on 17th of September 2010 Cuil shut down. Their results never were relevant enough. Now Blekko is the hipsters sweetheart. But maybe you could use this search engine if you’re in the US. Their international results are just poor.

So right now Google is clearly in a position where they have a monopoly on search. We depend on them for finding almost everything we search on the internet.

Is this something we want to do on the long term ? How can we be sure that the results they serve us are the right ones if we cannot verify them from another source ? Can we blindly trust just one company ? A company that ultimately has one goal (as every public company): to make money, more money, all the money they can ?

I don’t know the answers. Maybe you do.

When a new year starts everyone is making predictions or lists of predictions on blogs and newspapers. More or less i will make a prediction myself. But it will be… 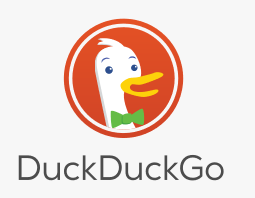 I’m going through a process of degooglification these months / years.  I’ve been one of the early adopters of Google and its products in the days when many of my…

View Post
I’ve discovered today an interesting site. It’s called sig.ma and it is a data aggregator for the semantic web. It seems that it has been launched recently (22 july 2009).…

View Post
I’ve finally had some time and tested the recently launched and much hyped Wolfram Alpha computational knowledge engine. Make no mistake, this is not a classic search engine. The “computational…

View Post
Google rolled out its new search interface and i already started to hate it. I don’t know what was in their mind. Did they try to copy Bing ? Because…